How to Find Out If Antivirus Software Is Genuine or Fake? 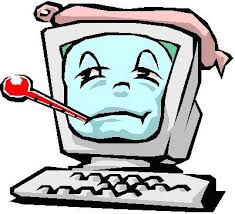 Most of us do not know how to spot out fake antivirus programs. We usually download free software in order to keep our computer system safe from malicious malware. However, if you want to know how to find out if your antivirus software is a fake or it’s a genuine one, then the following article is going to assist you out in doing so.

Some Successful Tips for Spotting out Fake Antivirus Software

There are different kinds of computer protection software which are available on the internet for you to download and clean out your computer from viruses. Although they share common names and styles, yet they have some features which need to be checked out for downloading a genuine antivirus program for computer’s safety.

When the fake scan gets finished, the software shows that it has found malicious software in your computer. It will give out a warning in the form of a warning box which states that you computer has a malicious virus which needs to be deleted as soon as possible for your computer’s safety.

When you start scanning the system, the fake antivirus program asks the payment of cleaning out your computer. This is actually a sign of fake antivirus software. When a system asks payment, then you must immediately think that it cannot be a genuine one.

Once you enter your credit card number, you will become a candidate for identity theft. So, this is how you can detect if a computer antivirus program is a fake or a genuine one. If you download free safety antivirus software in your operating system, then it would never ask you the payment. If it does, it is not original software and would lead you into several further problems.

So, if you do not want to get indulged into the problem, then it would be good for you to get information about how to detect fake antivirus software.

By reading this piece of writing, you would have definitely understood how to differentiate between a genuine and a fake antivirus program. It is important for you to collect as much information regarding these programs as possible, as it would prevent you from any sort of inconvenience in the near future.