Social Media Marketing- Predictions about the Trends in 2014 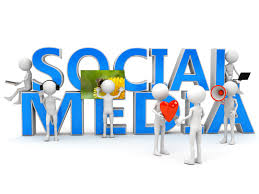 Investment is social media has become a necessity in 2013. The benefits of social media marketing is making is a necessity of every business. In 214, social media will be seen as a necessity but not as a luxury. The businesses would think of it as a ‘must have’ component of their business advertisement.

Google+ is the second best platform after Facebook and its users are tremendously increasing in amount over a period of time. In 2014, Google+ is going to become the most prominent factor in social media marketing. Because of its enhanced features and applications, Google+ is becoming famous among all the social media marketing users. Hangout is playing effective role in the increased usage of Google+.

It has been seen that the websites which have made effective use of images and videos in 2013 have seen immense progress in the search engines. The trend is going to continue in the coming year too. The use of videos and images will become necessary instead of the usage of text based websites. People will find it beneficial to invest in the creation of excellent video contents for the visitors, as search engines give huge importance to the websites which carry out their online marketing campaigns through images and videos.

When it comes to videos, micro video trend will be prevailing in 2014. Visitors do not spend time in watching longer videos; therefore, the trend of micro videos has been seen these days. There are a lot of applications which help in creating these micro videos and this trend is going to be widely used by all the online business owners in the upcoming year.

The above explained social media marketing trends are going to be adopted in the upcoming year according to the detailed analysis of webmasters in 2013.