Deprecated: Function create_function() is deprecated in /misc/23/324/008/213/7/user/web/adachicomputech.com/wp-content/plugins/revslider/includes/framework/functions-wordpress.class.php on line 258
 The Use of Tumblr in Social Media Marketing – Computer Support | Tech Support | Virus Removal Services Skip to navigation Skip to content 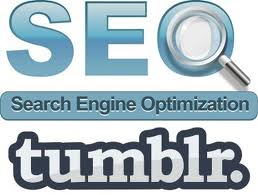 For those who do not know, Tumblr is a mix featured website which incorporates the features of WordPress and Facebook in it. Its blogging features are exceptional and it social media marketing functionality makes it exceptional for business advertisement too. It is considered as one of the most efficient blogging platforms on the web.

There is an option of dofollow links in tumblr, which takes you back to the original posts. The automatic re-sharing feature of Tumblr makes it an exceptional social media platform. It means that it re posts your posts automatically if it becomes popular. This somehow relates it with Facebook’s sharing functionality. The number of times your post gets re-shared, you get dofollow links to your original post; thus enhancing your visibility in the web.

Tumbler has excellent content discovery system which makes it exceptional for blogging purposes. It uses hash tag system for finding images and posts. It means that you can easily find a good material with the use of a hash tag in Tumblr.

Besides, Tumblr has exceptional benefits for branding and is considered one of the best micro-blogging platforms on the web. The trends have shown that a lot of people have started using Tumblr because of the exceptional benefits it offers to online marketing procedures.

Memes are considered one of the most effective ways of promoting content on Tumblr. They are the perfect forms of content that can easily get popular on Tumblr.

Besides, you can make use of Pinterest and Facebook to post them. Photos and other illustrations are great ideas which suitably work out for your business marketing on Tumblr.

Besides, quotations are the easiest forms of contents that can be created and posted on Tumblr.

Make efficient use of Tumblr and try out new ideas to promote your content on the content building system of Tumblr. You are surely going to get social media marketing benefits out of it.